While certainly everyone wants their DUI case dismissed, NC DWI law makes it difficult. Furthermore, even if you win in District Court, the State can file an appeal to Superior Court. 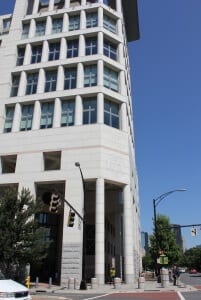 So what happens if you win on a legal motion in District Court? Rather than celebrate right away, you better wait to see if the State appeals to the Superior Court. Just as you can appeal from District Court, so can the State of North Carolina. However, an appeal is not automatic, and a prosecutor may chose not to. After all, not every case or motion warrants additional litigation or effort. Hence it really just depends how strong or weak the case is. Certainly, if there is an accident, expect an aggressive prosecution.

For example, let’s look at a first time DWI arrest with a BAC of 0.08. During our review of the State’s evidence, we discover legal issues with the officer’s arrest procedure. Consequently, we make a Motion to Dismiss your DWI for lack of sufficient probable cause. While we argue our case, the prosecutor claims the officer acted properly. Nevertheless, the District Court judge rules for us, and your DUI case dismissed. Because we won, you think I am the best DWI lawyer in Charlotte NC. However, a few days later, we learn the State is exercising its right to appeal. While you still hope I’m the best DUI attorney, we must now argue in front of a different judge.

Will you have to pay more legal fees?

Because of the two tier system, most legal retainers charge separate legal fees for District Court and Superior Court. Rather, you pay one fee for District Court wanting your DUI case dismissed. And certainly, you expect to pay additional fees for a jury trial in Superior Court. However, at our firm, we do not charge additional legal fees for a State’s appeal. Instead, we view it as simply a second Motions hearing on the same issue. Hopefully, we will get the same result even though we are in front of a different judge. But just know we will stand by you until the case is over. And then we will celebrate when you are out of legal danger. Hence that’s our promise and pledge to you.