Because a DWI conviction is so serious, many want to know about DWI expungement. While it used to be possible, the North Carolina legislature changed the law to “close” this supposed loophole. So now, under current law, North Carolina and “rock and roll” never forgets (or forgives).

As expected, DWI expungement is a frequent question and internet search inquiry. Although DWIs are a misdemeanor, it results in a serious, permanent criminal record. For example, any driving jobs are probably over and getting most other jobs will be hard as well. Further, a DUI conviction can even limit the  types of professions you can work. As a result, clients with professional licenses or those with commercial drivers licenses (CDL) seek our help. In addition, many people feel embarrassed and want a clean record again. Furthermore, a past mistake should not brand you forever. 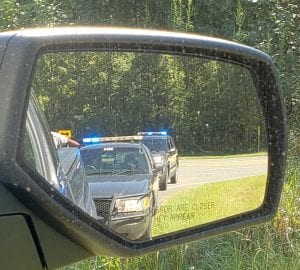 After applying for expunction, the necessary paperwork had to go through all county and state agencies with conviction records. Furthermore, expungement only included publicly available records. However, just like the internet, all other confidential files are still there.

While police records never change, any public searches or criminal background checks will be fine. In addition to the criminal charge expungement, civil revocation removal is also possible. However, if you refused breath testing, your civil revocation will remain on your public record.