While being a police officer is already tough, Charlotte has a police morale problem and needs to fix it fast. However, despite our city’s high taxes, don’t expect any real changes soon. 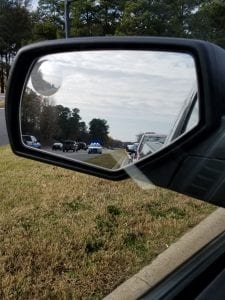 So Why a Police Morale Problem?

Because of recent events, there is a police morale problem here in Charlotte. In addition to no pay raise, officers also had their health insurance rates go up. So that’s like a double slap in the face. Furthermore, Charlotte is now a large city even if it still wants to act like a small town. Consequently, it is time to start acting like a true metropolitan center and recognize higher crime demands action. Otherwise, bad things will start happening. For example, DUI arrests will fall until some drunk driver kills an innocent family. However, until then, police officers need more pay for what they do and the risks they take.

So How Can We Help?

Because of the dangers police face daily, almost everyone respects and appreciates what they do for our safety. Furthermore, few of us would want to do their job. As a result, we need good officers out there protecting us from the bad guys (and girls). In addition, to attract the best officers, you have to pay them well. While politicians make their usual arguments about budget priorities, it really isn’t that difficult. Rather than “nickel and dime” our police budget, we had better remain competitive with other similar cities. Otherwise, this problem only gets worse, and our city will suffer. So let’s get our priorities right and fix the current police morale problem.

So what can the city do to afford more police and protect the public? Because DWI arrests generate high court fines and costs, more DUI checkpoints could help. In addition to raising more money, it would also help protect everyone driving on the road. Consequently, this approach could actually help with two real problems. As a result, we hope the politicians and policy makers get together to help keep Charlotte up and coming. After all, that’s their job. And then our police can do theirs.