A man, who was in the process of moving to North Carolina, was killed in a one-vehicle accident.  The 38-year-old died at the scene of the accident 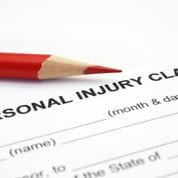 along Route 17 near River Bend, which is in eastern North Carolina.

The man was a passenger in the vehicle, which was driven by a 43-year, of New Bern, NC, according to police.  The woman was allegedly speeding, when she ran from the road into a median and lost control of the vehicle.  The vehicle overturned several times, and landed on its roof in the southbound lane.

The man was ejected from the vehicle, and thereafter was airlifted to Vidant Medical Center.  Charges are pending against the woman.  Along with criminal charges, the woman may also face civil charges.  In North Carolina, the idea of contributory negligence may come into play.

Contributory negligence is an unfair law. You do not hear about contributory negligence because insurance companies routinely fight for its survival. The remaining states use some form of comparative negligence. In comparative negligence, the jury determines the amount of fault. For example, if a jury determines that you are entitled to $20,000 to compensate you for your injuries but also finds you 10 percent at fault, you would receive only $18,000. In North Carolina, in that same scenario, you would be entitled to nothing.

Contributory negligence remains the law in North Carolina because insurance companies and big businesses spend millions of dollars lobbying the legislature. Because North Carolina law favors the insurance companies and big businesses, do not give a statement or speak with anyone. You should contact a lawyer immediately. In many instances a lawyer will tell you how to handle your claim on your own.

If you or a loved one has been injured or killed in a vehicle collision, call the law offices of Reeves, Aiken & Hightower, LLP.  We can help you with your personal injury claim.  For a consultation, you can reach our Charlotte, North Carolina office at 704-499-9000.  Further, if you have been injured in South Carolina, you can reach our Baxter Village office in Fort Mill, South Carolina at 803-548-4444, or toll-free at 877-374-5999.