Amost 20 Citations Given at a Weekend Chekpoint: 12 of which were DWIs 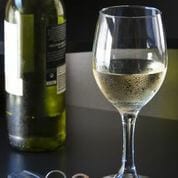 From the hours of 11:00 p.m. until after 3:00 a.m., members from all the aforementioned forces were dulling out citations left and right from traffic citations to outstanding larceny warrants. Most importantly, the officers were able to charge a dozen people with DWIs, or driving while impaired charges, in an attempt to keep the roads safe. The BAC levels of each person were not released, nor were any names of the defendants yet.

In addition to the 12 DWIs, there were almost 20 other charges, including: ” Twelve DWIs, three NOLs( no operator’s license), four driving while licensed revoked, two under age-possession of alcohol charged, three open container charges, and one drug charge, 17 charged for tag citations, one seat-belt charge, and lastly, one charge for an outstanding larceny warrant,” according to the Charlotte Mecklenburg list of citations reported.

If you have been stopped at a checkpoint and charged with any of the aforementioned citations, contact the law offices of Robert J. Reeves toll-free at 877-374-5999 for help with your criminal defense. Mr. Reeves is experienced in all aspects of criminal defense, and would be personally available for a consultation to discuss your options. For more information, visit our main page here.