While everyone knows it is illegal to drive “drunk,” it is also illegal to drive “stoned” (marijuana DUI). Hence, the law in North Carolina says “…any impairing substance.” In addition, DWI also involves any amount of a Schedule I controlled substance…in his blood or urine. Rather than take our word, read the statute for yourself (see N.C. Gen. Stat. Ann. § 20-138.1(a).

Because North Carolina has a zero tolerance drugged driving law, any amount of a Schedule I controlled substances will convict you of DWI. However, marijuana DUI is different. Instead, cannabis is a Schedule VI substance. Oops. But let’s not spike the ball just yet. After all, the legislature can fix this issue by passing a new law. So hold up for now. 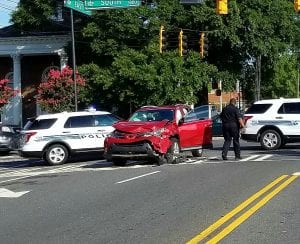 Recently, the New York Times reported driving stoned is significantly less risky than driving drunk. In addition, impairment from marijuana is more difficult to detect using the current battery of standardized field sobriety tests. Furthermore, THC levels are hard to confirm in subsequent laboratory tests. So how can impairment by any substance be less risky?

Surprisingly, the answer is how people drive after drinking alcohol versus smoking weed. For example, drunk drivers tend to overestimate their skills and drive faster. However, stoned drivers do the opposite. As a result, studies show that drunk drivers are almost 20 times more likely to crash. Whereas, stoned drivers are only twice as likely to be in a fatal crash than a sober driver. Either way, you should not like these odds or take any chances. Instead, do like me and drink when you get home.

Because THC does not appear in urine up to four hours after smoking, you may test negative after arrest. However, it stays in your system for days or even weeks after a person last smoked. Furthermore, any THC  concentration depends on how often you smoke. Therefore, it is hard to prove impairment based on blood concentration alone. As a result, the State has to prove “appreciable impairment” to win their case against you. So how do they prove “appreciable impairment”? Unless they can show “bad driving,” marijuana DUI cases are very defensible before a jury. Rather than just plead guilty, call us and fight your charge. After all, this is what our lawyers do. Call now and let’s talk about your options.