Because of the opioid crisis, police are arresting more drug based DUI cases. So here is what they look for.

Since 1999, the rate of opioid overdoses has increased by more than 200%. Rather, reported deaths went from thousands to tens of thousands of deaths every year. Furthermore, more people died in 2015 from opioid overdoses in the U.S. than from gun homicides or even traffic accidents. In fact, according to the CDC, figures for overdose deaths reached 33,092 in 2015. And finally, preliminary data compiled by The New York Times, indicate reported overdoses have likely risen another 19% in 2016. While we may hope otherwise, it seems this crisis is only getting worse. However, there may be hope coming soon. 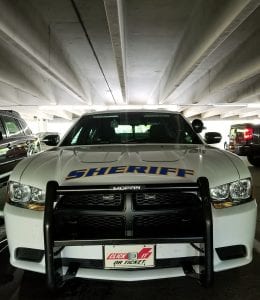 While most are familiar with alcohol DUI arrests, many do not know how drug based arrests work. Because of increased drug use, fewer people are drinking alcohol these days. As a result, many arrested for DUI will have a BAC of 0.00. So how is that a DUI? Rather than just beer or liquor, it is illegal to drive under the influence of “any impairing substance”. However, drugs are just as dangerous, if not more so. Consequently, police are now seeing more and more of these type of arrests.

Due to changing times, the police are changing too. Since there are more drug users, police use drug training to make their cases now. Even though there are no “minimum limits” for marijuana and prescription medications, you can still lose your case. Rather than rely on breath testing readings, police use standardized field sobriety testing and video evidence to convict you. As a result of our experience, we know how to fight these cases. Furthermore, we never believed juries convict based on roadside balancing tests. Instead, the one thing that never changes is how you look on video. Either you look “drunk” or “impaired” or you do not. So no matter what your situation is, we are ready to start your defense.