While in most DUI cases, the driver is behind the wheel, there is an exception. Even if not actually driving, a supervising driver DUI arrest is possible under NC law.

So What is a Supervising Driver DUI?

Because parents want to give their children lots of experience when learning how to drive, they let them drive often. However, young drivers need the supervising driver’s full attention. As a result, an impaired supervising driver is still unsafe even though they are not actually driving. Hence, NC law (N.C.G.S. Section 20-12.1) makes a supervising driver DUI illegal. In addition, this law also applies to “approved instructors” for obvious reasons. After all, how can you safely teach new drivers if impaired. 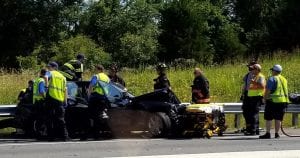 While this law may seem strange (no driving), it prevents impaired persons from using underage drivers to avoid a DUI. For example, a family goes out to dinner, and the parents have some drinks. Because they know they are not safe to drive, they ask their 15 year old to get behind the wheel. So is this a better option or does this still put everyone else on the road at risk? As a result, an inexperienced child driver is now driving without proper supervision. And then bad things happen.

So How Do You Fight a Supervising Driver DUI?

Because the person arrested was not driving, there will be no pre-stop clues of impairment. Even if there is bad driving seen, it will not be the underage driver and not the person arrested. However, once stopped and the officer smells alcohol, the DWI investigation begins. Furthermore, from this point forward, a supervising driver DUI is essentially the same as a “regular” DWI arrest. For example, does the officer properly administer field sobriety tests. In addition, does the BAC breath test machine reading appear reliable given what we see on video? Regardless of how a DWI arrest starts out, how you look and sound ultimately convicts or acquits in our experience. But because there is a minor child in the car, juries are going to be less forgiving in the end. So don’t take chances here.