While most don’t realize it, DUI laws in this country have changed dramatically over the years. As a result, it is not your Daddys DUI anymore. So how have things changed since then?

Daddys DUI of the Past

Because of greater public awareness and concern, DUI laws have changed a lot in recent years. However, many say the laws have gone too far. While groups like MADD want to go even further, let’s take a look how it used to be. So back in the 1970s and 1980s, you could drink at age 18, and the legal limit was 0.10. Furthermore, it was common for folks to drink at clubs, restaurants, and sporting events. But police had a 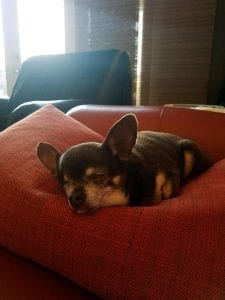 different attitude towards drinking and driving. Rather than arrest everyone with alcohol on their breath like now, they would use their good judgement back then. For example, if you were truly dangerous on the road, they would arrest you. Yet if just a little buzzed but close to home, they would tell you to go there and stay there. It’s much different these days.

Since those days, the law raised to age limit to 21 and lowered the legal limit to 0.08. Seems like now police see anyone with alcohol as a falling down drunk like my dog Roo in the picture. While they say alcohol affects everyone differently, they treat us all the same. And what about those arrested while sitting in their car in the driveway? Rather than being about public safety, that seems more about the money of DUI arrests. After all, never forget there are a lot of people making money off of DUIs. Due to the various fines, court costs, alcohol counseling, and ignition interlock, many folks want in on the action. And yes, DWI lawyers also make money, but we don’t start the fire. Instead, we do our best to put it out.