While most people think there are DUI quotas, most police officers actually don’t like to make DWI arrests.

Because most think there are speeding ticket quotas, many also believe the same for DWI. However, contrary to public suspicions, that is not true. Rather, most police officers actually do not like to make DUI arrests. Instead of simple traffic stops, a DWI can take hours. In addition, they have to go to court and defend their arrest. Consequently, many police officers say they just don’t want to bother unless there is an accident. Or a rude suspect. Yet is this really the best course for police who swore to enforce the law?

Although we defend DWI cases, no one wants truly drunk or impaired drivers on the road. Because of the danger they represent, everyone wants police to make appropriate DUI stops and arrests. Since they are a public safety issue, we want them off the road. So simply not doing your job because it is hard is no excuse. Instead, the Charlotte DWI Task Force should be better utilized and effectively deployed. But what is the best use of these resources? 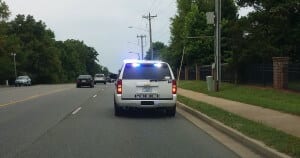 Perhaps police officers have a point. After all, DWI arrests require specialized police training and experience. Furthermore, DUI cases take time to prepare and then defend. In addition, arresting officers have to face attorneys in court. Hence, DUI attorneys also need focused training and experience just to balance the playing field. So what is the best use of resources and police officers’ time? Rather than individual arrests, DWI checkpoints are both efficient and effective. Also, regular checkpoints in different parts of the city can act to deter drunk driving. As a result of more checkpoints, word gets out. And drunk driving goes down which is the goal and best use of law enforcement. Therefore, everybody wins here.