While many clients may, in fact, be guilty, the State must convict you. If they cannot meet their burden of proof, you can defeat a Charlotte DWI charge. So what does “burden of proof” really mean?

So What is the State’s Burden of Proof? 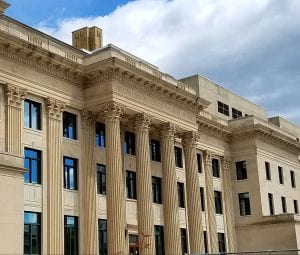 Understandably, many clients often feel defeated before the defense process even begins. After all, they have never been arrested before or spent a night in jail. As a result, they are exhausted and extremely anxious. In addition to the fear of losing their job, they also dread telling their family.

Because they do not know the process, many believe there is no hope to win their case. While they tried to be responsible and felt fine to drive, the officer said they were “drunk” or “impaired.” However, try not to worry because a charge is not conviction. Furthermore, defending a DWI is a process, and we are just beginning.

Because you are presumed innocent, the entire “burden of proof” is on the State of North Carolina. As a result, you have to prove nothing. Rather, you do not have to prove you’re innocent. Instead, the State has to prove you’re guilty. Consequently, to win, the State must prove each and every element “beyond a reasonable doubt” by unanimous jury verdict. And always remember, it is set up this way because the State has all the resources and makes the rules. Regardless of these rules, it is still not be a fair fight unless you hire an experienced DUI lawyer. 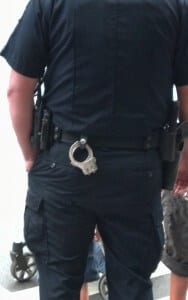 Burden of Proof in Civil Cases

So why is the entire burden of proof on the State in criminal cases? And why is the legal standard so high? Rather, in civil cases the party bringing the lawsuit only has to prove their case by a “preponderance” of evidence. Either party with the slightly greater evidence in their favor wins. However, in criminal cases, the State has the burden of proof on every element.

So why the difference? Because in civil cases, the parties are relatively equal. However, in criminal cases, the State has virtually unlimited resources against an individual citizen. In addition, the State makes the laws, the rules, and control what evidence is allowed. Therefore, in an attempt to make it fair, the State has the entire burden of proof.

What the State Must Prove to Win

In every DWI case, the State must prove: (1) driving, (2) on a public road in the county arrested, and (3) impairment. And “impairment” can be a blood alcohol concentration (BAC) of 0.08% or greater, and/or “appreciable” impairment. As you might expect, the first two elements are usually easy (traffic stops or DWI checkpoints). However, in some situations, the driver is outside the car or not present at the scene when police arrive. Jurisdiction is also usually easy but not always. Not surprisingly, the third element is disputed in most cases. 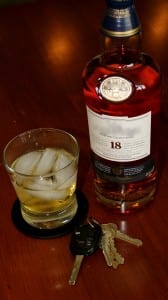 “Legal Limit” is Just a Number

While the current “legal limit” is 0.08%, some groups want to lower it even further. However, it is really just a number. Because the “number” comes from a machine, we often challenge it based on the problems with any machine. In addition, even though alcohol affects everyone differently, the machine treats everyone the same. Furthermore, the State always uses the same “red, glassy eyes,” slurred speech, unsteady on their feet, strong odor” of alcohol. And finally, the police claim our clients “fail” roadside sobriety tests.

Standardized field sobriety testing is difficult, if not impossible, to perform whether you’re impaired or not. Also, police officers only get good at it because they practice it hundreds or thousands of times. However, when trying it for the first time, like our clients, it was difficult for them as well. When receiving my NHTSA certification training, I also had problems even though I was completely sober. Rather, only after I had practiced these so-called “tests” many times did I finally get good at it.

And here is something about NC DWI law that most people do not know. Even if you fully cooperate and your reported BAC is below 0.08%, you are still charged and prosecuted. Rather than getting released after blowing below the “legal limit,” the State will try to show “material and appreciable” impairment.

As you can see, DWI cases are extremely complex, and a seasoned DUI attorney is critical. Consequently, we hope you consider our lawyers’ trial experience and DUI credentials in your search for a DWI lawyer. Further, we would like to sit down with you and personally review your situation. Because every case is different, little facts may become very important and often make a big difference in outcome. Consequently, the initial intake interview is thorough, and then we review all available evidence and video. So call us today and let’s start your defense.