DUI jury selection is a critical part of winning cases at trial. Especially in close cases, the jury makeup can make the difference between a guilty or not guilty verdict. And despite repeated instructions to the contrary, juries still decide before hearing all of the evidence. After all, it’s just human nature. Once formed, an opinion is difficult to change. For example, juries may find a police officer’s testimony evasive or even misleading. From that point forward, that witness is doomed. Similarly, a juror may not like a defense attorney’s objections or speaking tone. In the end, jury perceptions matter as much as evidence.

Trying cases is an art form. Hence there are many variables in play from the beginning until the jury starts deliberations. Furthermore, it’s the lawyers’ job to put their client in the best possible position. So how do they do this? First, they make pre-trial motions and then pick the best jury they can. Don’t worry. This is what we do.

In DUI jury selection, jurors start out biased. Frankly, jurors don’t like DUI cases They view DUI clients as a danger to everyone on the road. Instead, they remember hearing about a drunk driver killing an innocent family on their way home. Consequently, DWI cases are more difficult to try. As a result, our first job is to show our case is different. Here, no accident occurred. No one was injured or killed. Instead, our client simply had drinks with dinner or beer at the game. They felt fine before getting behind the wheel. Now they’re facing a serious criminal charge. How many of us have done the same thing? And yet, this person is accused here today. Therefore, we like a “he without sin cast the first stone” theme.

Prior to picking a jury, lawyers learn basic information about prospective jurors. Such information usually includes their date of birth, gender, race, and address. First, jurors are asked to state their occupation, marital status, and what their spouse does for a living. Then, judges ask standard voir dire questions to determine if prospective jurors harbor any fundamental prejudices. If so, either side asks the judge to “strike” them “for cause.” Next, the lawyers ask more specific questions with the same goal. And that goal is to get the best jury for their side.

While people want to feel they are fair and impartial, they are not. Rather, life experiences and support for certain organizations affect their views. But of course they do. For example, a former police officer sees the world differently than others. Likewise, members of MADD have strong feelings against drinking and driving no matter what the circumstances. And finally, other jurors may have strong religious or other moral objections to alcohol in general. Let’s be clear. While these are good people, they cannot be on a DWI jury. Even if they profess to be “fair and impartial,” it’s hard to suppress core beliefs. As a result, removal for cause is necessary. After that, lawyer instinct and trial experience take over and guide the process. So how does this work? Here’s how. 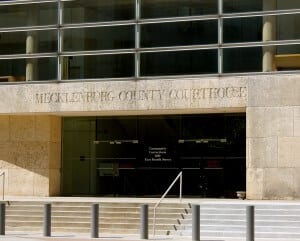 First, the court clerk certifies the jury pool, Next, 12 jurors are randomly chosen along with one “alternate juror.” The alternate juror sits through the entire case. If a juror is unable to finish the trial, the alternate juror replaces that person. When called, jurors come up and sit in the “jury box.” Then, the State gets to ask additional questions about the jurors and their feelings on issues in the case. And finally, the defense gets to ask its questions. Now we are ready to strike jurors.

Each side gets a certain number of possible jury strikes. Consequently, lawyers use “strikes” strategically to remove as many unfavorable jurors as they can. Then, it is just luck of the draw. While this method takes longer, it is better for the defense. First of all, it is the prosecutor who asks the intrusive questions and then strikes jurors first. Being “struck” is psychologically wounding and perhaps embarrassing to the removed juror. And others jurors may feel the prosecutor was rude or even discriminatory.

On the other hand, the defense lawyer can be the accommodating party after the prosecution finishes. Depending on the jury pool, it is better to use the fewest strikes possible. Let the prosecutor be the one who kicks jurors off. As a result, the jury may conclude the State has a weak case and must “hand pick” jurors. Furthermore, the defense should express their confidence and that their case is strong. Consequently, they are not as concerned about who hears the evidence. Rather, our case is so strong that anyone chosen will see the truth and acquit.

In the end, jury trials are largely psychological exercises. In my view, a trial lawyer’s most effective skill in trial is the ability to read people. After 27 years trying cases, this is what wins or loses trials. Of course, having strong facts makes winning easier. But even bad facts can be overcome with good trial tactics. Finally, after DUI jury selection is over, the defense lawyer’s next priority is to try and neutralize the DUI bias by making an effective opening statement at trial.