While testifying at trial, an arresting officer cannot remember parts of his investigation. As a result, the prosecutor shows a DUI police report which the officer wrote. However, it does not help his memory. So the prosecutor offers the report into evidence. Consequently, the defense attorney objects under North Carolina Rule of Evidence 803(8). Rather, this rule specifically keeps out reports “in criminal cases matters observed by police officers and other law-enforcement personnel.” So as to the DUI police report, who’s right and who wins? Keep reading. 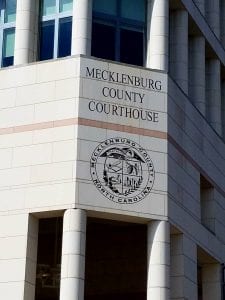 In United States v. Oates, the government offered a chemist’s report finding the substance seized from defendant was heroin. However, the defendant objected and claimed the report was hearsay under Rule 803(8). Rather than let it in, the Second Circuit agreed with defendant. In addition, the Court ruled that Congress had passed the exclusion to prevent police from using out-of-court documents. Furthermore, the Court also found Congress had intended to prevent other hearsay exceptions as a way around the exclusion. So how does North Carolina handle a DUI police report as evidence.

Although a DUI police report is excluded by Rule 803(8), some courts allow it in under Rule 803(5). Instead, a record is read into evidence if the witness cannot remember certain details. Rather than just putting a record into evidence without more, the officer is there to testify. Consequently, the defendant can cross-examine the witness about the evidence and highlight any problems or contradictions. As a result, the prosecution can properly use a police report to refresh recollection under Rule of Evidence 612. Hence, the report itself is not offered as evidence, and therefore, is not hearsay. Regardless, courts should take out objectionable portions of the DUI police report. Otherwise, the exception swallows the rule. And that does not help the pursuit of truth or justice.

While some lawyers object to seemingly anything, experience has taught me to stay focused on the big picture. Rather than tally hits and misses, I look at whether even objectionable evidence can actually help my client. For example, if there is something good in a report, I let it in without objection. Then, on cross-examination, I hammer home the good points in my client’s favor. In addition, juries don’t like lawyers who object to evidence. It makes them look like they have something to hide. Maybe they do or maybe they don’t. But why create that impression. So let it in and then use it to your client’s advantage. Just remember that juries are people who largely use their gut instinct to decide cases (and the evidence).