In order to be convicted of DWI in North Carolina one of the elements that the government must prove is that the accused was driving on “any highway, any street, or any public vehicular area within this State.” N.C. Gen. Stat. § 20-138.1(2012) 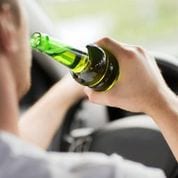 The portion which states the driving must take on a highway or street is rather straightforward.  However the last portion the driving may occur on any public vehicular area which raises the question of what exactly is that?

In light of this holding it appears that as long as an inference can be made a street is open to public use it can be so classified.  The factors considered in this case were  1.) The name of the street, 2.) Location of the street, and 3.) The size of the road. If these factors are present then an area may be considered a public vehicular area. The dissent in this case would conclude to the contrary noting that the evidence presented (evidence of name a name, general location, and size of road) only served to raise a “mere suspicion” and not enough to reasonably conclude that Florida Street was a public street. Id.

If you should find yourself in the aforementioned situation where you have been charged with a DWI you need to contact an attorney who has the experience and knowledge necessary to handle your case with the care it deserves. Call the law offices of Robert J. Reeves, P.C. directly at 704-499-9000 or toll-free 877-374-5999. You can also visit our home page at www.rjrlaw.com to see more options for your defense.