As a result of being convicted of a DWI, you cannot drive legally until properly licensed by the DMV. Consequently, if you do and get caught, you are guilty of DWLR which has significant penalties. 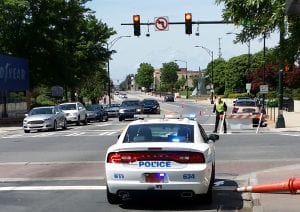 DWLR After a NC DUI

Since December 1, 2013, there is a new law on DWLR in North Carolina. Hence, it is a Class 3 misdemeanor to drive on a street or highway while license is revoked. In addition, the State must also prove the person knew of the revocation. On the other hand, if revoked for impaired driving, it becomes a Class 1 misdemeanor. Therefore, there is a new driving while license revoked (DWLR) offense in North Carolina. In order to prove the new Class 1 offense, the State must prove the four elements listed above. Plus now the fifth element, that the person’s license was revoked originally for impaired driving. Because of the new law, officers must allege that the original license revocation was for impaired driving. Therefore, the North Carolina Uniform Citation, AOC-CR-500, now includes a checkbox for this element.

Either Class 1 or Class 3 Misdemeanor

While the amended law seems relatively straightforward, here come the lawyers to confuse things. Because the new G.S. 20-28(a) refers to “originally revoked,” what happens if a driver gets arrested in the interim? For example, suppose a defendant is convicted of impaired driving last year. As a result, his license is revoked for one year pursuant to G.S. 20-17(a)(2) (an impaired driving license revocation). However, before the original impaired driving revocation ends, he gets charged with driving while license revoked. Consequently, the defendant is convicted under G.S. 20-28(a), and his license is revoked for an additional year (G.S. 20-28.1(a).

Subsequently, the defendant is arrested a second time for DWLR. Rather, is this latest offense a Class 1 or Class 3 misdemeanor? While there may be some debate, this appears to be a Class 3 misdemeanor. Because the defendant’s license was revoked for DWLR and not impaired driving, it should be a Class 3. So how often do people do this? Surprisingly a lot. After all, DWLR is the third most written traffic citation year after year. Why? Since people have to drive to get to work, they say they have no choice. As a result, they risk it. In the end, they roll the dice and take their chances.