A man from the Gastonia area has been indicted for felony death by vehicle, among other charges, after a fatal crash that occurred on October 31st of last year.  The man was arrested, and 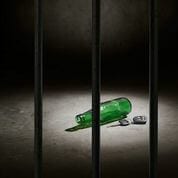 charged with DWI after a wreck that occurred near Gaston Avenue and Lowell-Bethesda Road.  The Gaston County grand jury handed down the indictment on December 4th.

In North Carolina, this type of accident, if accompanied by a DWI charge may result in serious jail time.  As of December 1, 2012, North Carolina has changed the Class level of Felony Death by Motor Vehicle from a Class E to a Class D.  This means that the judge, in his discretion, may charge a multiple, or even first time offender, up to 7 years in prison if convicted of such offense.  North Carolina has added a new, and much more serious sentencing level referred to as “Aggravated Level 1” to the sentencing range of a DWI conviction.  This, along with a Level 1 or Level 2 sentencing standard, carry with them a mandatory jail sentence.

Under the NC General Statutes, a person can reach one of these top three levels, if they have one or more of the following: “Grossly Aggravating Factors” include, but are not limited to (1) a prior DWI in the past 7 years; (2) causing serious bodily injury or death as a result of this DWI; and (3) driving with a revoked license.  Based on how aggravating the factor was that played into the DWI charge depends on how strict the sentencing is going to be.  It is extremely important that you have proper representation if you have aggravating factors present after a DWI charge.

If you have been charged with a DWI or face any one of the plethora of aggravating factors present in North Carolina, contact the law offices of Reeves, Aiken & Hightower, LLP for a confidential consultation.  Contact our Charlotte, North Carolina office at 704-499-9000.