As some people may or may not be aware, North Carolina passed a law that required law enforcement to immediately arrest teenage drivers for certain traffic infractions.  The reason for this law was to expedite the process to have the driver’s license revoked.   What happens is the police officer takes the driver to the magistrate for a hearing to immediately have his or her driver’s license revoked. 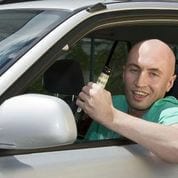 After the law took effect there was a lot of outcry in the state regarding the harshness of the new law.  The General Assembly listened to these concerns this year and has decided to modify the law.

The new provisions of the law will not require a teenage driver to be arrested immediately.  Instead a police officer may issue a citation for the violation instead of making an arrest.  The officer will then file the proper revocation report with the clerk of the superior court.

This law currently only applies to those drivers who have a provisional driver’s license.  If you find yourself in this situation and wish to challenge the revocation the new law also provides for a procedure to do so whereas previously there was no such procedure in place.  These new provisions are set to go into effect on October 1, 2012.

If you have been charged with a crime in North Carolina it is important to contact an attorney who understands the law as soon as possible.. Our attorneys at Robert J. Reeves, P.C.  have experience handling criminal cases in NC and will work tirelessly to defend your case.  Contact one of our attorneys directly by calling 704-499-9000  or toll free 877-374-5999.