While more States are starting to legalize marijuana, you are still subject to marijuana DWI arrest in North Carolina. So how do the police prove their case here? 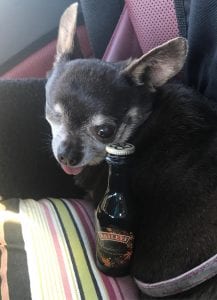 While everyone knows about alcohol arrests, marijuana DWI arrest is increasing. Seems like more people are apparently smoking weed now and then driving. Although we all remember the Cheech and Chong movies, “stoned” driving is also illegal. Duh. However, just like with alcohol, at what point have you smoked too much to drive? As you might expect, it depends. Just like with alcohol. So without a “minimum limit” like with beer or liquor, how do police prove you guilty?

Because there is no 0.08 BAC limit, the State must show appreciable impairment to convict you. Rather than rely on a number, they must show impairment the same as in alcohol refusal cases. For example, they will use your results from the roadside field sobriety tests. Although there is debate about HGN testing, smoking marijuana can affect the WAT and OLS results. In addition, we all know marijuana will give you very red, watery eyes. However, just like with alcohol cases, simply having weed in your system does not prove impairment. Maybe instead of weed, you should have a little Baileys instead like my dog Roo.

While any presence of some illegal drugs is “per se” DWI, marijuana is not a Schedule II drug. Rather, it is in Schedule VI under North Carolina drug laws. So why does this matter in a marijuana DWI arrest? Because marijuana can stay in your system for several days, it does not prove impairment at the time of arrest. In addition, there does not seem to be the same social stigma as with alcohol. Perhaps people know most folks smoke weed at home and rarely leave to go out. Maybe it is just too hard to eat Doritos and drive?