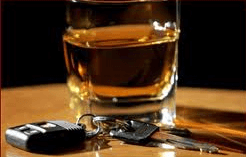 Charlotte Mecklenburg just set out its second round of the ” Booze it or Lose It” Campaign where the results were nothing short of a success.

The goal was to set up a Checkpoint to charge people with mainly DWIs, but other charges and arrests resulted nevertheless.

The Checkpoint was setup Friday night near Charlotte School of Law, right off Wilkinson Boulevard. The checkpoint lasted from roughly 11:00 p.m.to 3:00 a.m.

This particular checkpoint yielded ten DWIs, and almost 50 other charges, totaling an astounding 57 charged at the 5200 block of Wilkinson Boulevard. The other charges listed are the following:

“14 charged for NOLs or No Operator’s License, 11 charged with driving on a suspended license, 10 were charged for DWIs, 10 were arrested for outstanding warrants, 3 were charged for drug possession and other charges, and lastly 18 people were cited for other traffic citations, such as not wearing their seatbelt or expired licenses.”

The night before, the Charlotte Mecklenburg Police Department has a similar checkpoint set at on Central Avenue of East Charlotte, charging 11 people with DWIs, and 54 other additional charges.

The Checkpoints won’t stop there though. The Highway Safety Patrol enacted by the Governor is setting forth this campaign to be conducted throughout Labor Day Weekend. All Charlotte Mecklenburg Police Officers and neighboring counties will be assisting in this two week excursion to keep the roadways safe.

If you have found yourself charged for a crime in a Checkpoint, contact the law offices of Robert J. Reeves for more information on how he can help assist you with your case. Our toll-free number is 877-374-5999 or visit our homepage here.