Because ignition interlock false positives are such a problem, we investigated some of the most common causes. While we knew some causes, others we found surprised us. Here is what we learned. 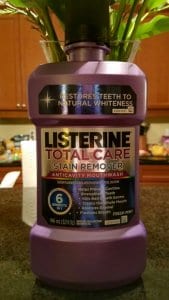 While most people want “minty” breath, those with ignition interlock devices must rinse with water after using mouthwash. Why? Because some types of mouthwash are up to 30 percent alcohol by volume. Not to fear. And you don’t have to have stale breath. Rather, simply rinse your mouth and wait fifteen minutes allows ignition interlock to perform an accurate test. Consequently, this preventative step is very important unless you want to defend ignition interlock false positives. While the DMV wants to be fair, it is understandably cynical on test positives.

While popular, many energy drinks also contain low concentrations of ethanol. Rather ironic don’t you think? In fact, a recent study found ignition interlock positive test results on 11 of 27 (40.7%) energy drinks tested. In addition to an energy boost, you could also trigger a false positive report to the DMV.

Because diabetes is so prevalent today, many individuals find out too late certain diets are a problem. So how do diets affect breathalyzer results? Since diabetics and dieters have high levels of acetone, it is often misread as alcohol. Almost all ignition interlock machines falsely misread acetone for alcohol due to the similar chemical makeup. As a result, people show ignition interlock false positives on their reports.

Unfortunately, eating spicy foods can also cause false positives. How? Because some spicy foods mix with the hydrochloric acid (HCl) in the stomach, the combination creates methane. And then this increased level of methane is misread by the machine as alcohol. As a result, another false positive and bad report. Who knew? Well we do. And now you do.

Now they’ve gone too far. Seems like everyone want to beat up on the good stuff. But here is how this works. Because donuts and cinnamon rolls contain yeast and sugar, these two ingredients produce alcohol. As a result, overly sensitive interlock machines accurately show alcohol but not the bad kind.

Again, many brands of chewing tobacco contain raw ethyl alcohol. Who knew? Consequently, ethyl alcohol is the same type of alcohol as the bad stuff. As a result, breath testing machines detect and report it. And you get in trouble for the wrong reasons. Don’t worry, we’re here.

Smoking? Not a Problem

Finally, some good news. Contrary to myth, smoking does not affect ignition interlock testing. Because there is no alcohol in tobacco, there will be none in your breath from smoking alone. However, smoking will not cover up alcohol if you are drinking.

In addition to the above situations, we get asked about using aftershave, perfume or hairspray which contains alcohol. Again, contrary to myth, these activities will not cause a problem with ignition interlock systems. So you can have fresh breath and smell good and not trigger a false reading. Hooray.

So What to Do if You Get Ignition Interlock False Positives

If concerned, it is best to rinse your mouth out with water and wait at least 15-20 minutes. Then test. Consequently, if you still fail, go to a police station and ask for a breathalyzer test. Rather than simply claiming machine error, prompt testing will prove interlock machine problems. Not to mention your good faith in testing close in time. While there is a cost, it is clearly worth the price. In conclusion, you save your license and even avoid jail time from violating your probation conditions.

So if you face ignition interlock false positives, call our firm as soon as possible. Because time is critical, call now. We’re here and standing by. 704-351-7979 Or email robert@rjrlaw