How Does a SC DUI Arrest Affect a NC Drivers License 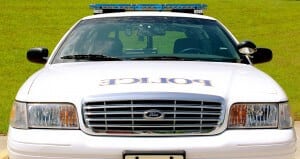 Many of our clients live and work here in the Charlotte area but travel to South Carolina for business and/or vacations. Many of us go to Rock Hill and Fort Mill just for cheaper gas prices. And, of course, Charleston and Hilton Head are favorite beach destinations every summer. But what happens to your North Carolina driver’s license if you get a SC DUI arrest while in the Palmetto State? SC DUI laws are significantly different than NC DWI statutes. In many ways, the laws there are inherently transparent, and thus, more fair. For example, video equipment is mandatory in all police vehicles, and there is a strictly construed DUI video statute that requires the police to follow certain procedures in front of the camera. If they do not, they violate this statute, and the remedy is dismissal of the DUI charge.

Just like in any other criminal arrest, being charged is not the same as being convicted. We are presumed innocent until trial, and the State must prove you guilty of every element of the crime “beyond a reasonable doubt.” Same with a SC DUI arrest. Until, or unless, you are convicted, there is no immediate impact on your NC driver’s license or ability to legally drive. There is ONE important exception: if you refuse or are deemed to have refused breath testing. Just like in North Carolina, a “willful refusal” to participate in breath testing will result in an immediate suspension of your driving privileges (driver’s licenses are given to State residents). In North Carolina, the suspension is for one (1) year unless you file a notice of appeal within ten (10) days of arrest. In South Carolina, the suspension is for six (6) months unless you file an appeal within thirty (30) days from the date of arrest. Once a notice of appeal is filed, the suspension is stayed pending the outcome of the appeal hearing before the Department of Motor Vehicles. If you win your appeal, there is no suspension. If you lose, the suspension is reinstated for the time period prescribed by statute. If your driving privileges in SC are ultimately suspended, that suspension will eventually be communicated to the NC DMV. Once that occurs, the NC DMV will then suspend your NC driver’s license will similarly be revoked for one year. However, you can petition for a limited driving privilege (LDP) so that you can legally drive to work or school.

One other potential “refusal” scenario can result even if you try to give a breath sample but the breath testing machine (breathalyzer) fails to register a sample. Just like in NC, the breath testing equipment in SC sometimes “times out” while a DUI suspect is trying to participate. Police officers usually take the position that the person is somehow trying to “game the system” and defeat the test, even if they have never had any prior experience with DUI or giving a breath sample. Nevertheless, under police protocol and procedures, a test timeout is still counted as a “willful refusal” no matter how many different test samples are attempted. That finding is subject to challenge, but it has been my experience that DMV hearing officers are extremely cynical and reluctant to consider even the possibility that the machine itself may be malfunctioning.

Effect on NC License if Convicted of SC DUI Arrest

If convicted or plead guilty to a drinking related SC charge, you can expect consequences on your NC license. It seems that everyone wants a piece of that DUI pie. There are fees, fines, and other pecuniary incentives associated with an out-of-state DUI. And even more disturbing, a prior DUI from another State will be held against you if you get arrested and charged with an otherwise first time DWI in NC. North Carolina law allows the State to look back seven (7) years for a prior DUI in any other State. If arrested within that time period, that prior conviction or plea counts as a “gross aggravator” and immediately places you in a Level Two punishment category. If the conviction or plea is outside of the seven year period, it still counts against you, but as an “aggravator” which can hopefully be offset by “mitigators.” The hope is that once bitten, you will be twice shy about drinking and driving again. Of course, drinking, like other addictions, often tests the limits of human frailties and submission to innate demons.