In North Carolina, certain motor vehicle infractions allow for points to be placed against one’s driving record.  If a driver receives seven points, that driver may be forced to enter the driver improvement clinic (DIC).

The fee for this clinic is $50, and upon satisfactory completion of the class, three points will be deducted from the person’s driving record.  Further, if a driver accumulates twelve points within a three-year period, that person’s license may be suspended.  Also, the accumulation of eight points within three years following a suspension will likely result in another suspension. 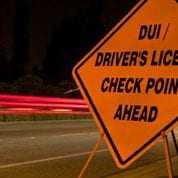 The bright such of such a system is that once a license is reinstated, it is reinstated with no points; therefore, all previous points are cancelled.  However, this does not mean that it is erased from the person’s driving record.  There are various examples as to how points are assessed for various offenses.  Some examples are as follows:

These convictions are also heightened when a person is driving a commercial vehicle.  For example, passing a school bus can result in up to eight points for that driver, and aggressive driving can result in up to six points.  Therefore, as always, we recommend that drivers abide by the laws of the road, maintain normal speeds, and never pass someone who should not be passed.  But, we know that when someone is in a hurry, this may not be possible.

Therefore, if you have been charged with one of these point generating violations, give Robert J. Reeves, P.C. toll free at 977-374-5999  for a consultation.