The North Carolina Supreme Court recently made a decision the case of State v. Ortiz-Zape,  that asked them to decide whether a lab test could be admissible in court if the person who conducted was not available to testify. Ultimately the court decided that someone other than the 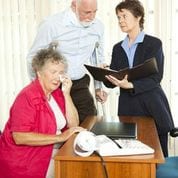 person who conducted the test could testify as to the results of the test so long as they are able to make an independent opinion about the test.

In other words, the person testifying would have to review the test results and form their own opinion about the test and not just rely on the person’s conclusion that did the test.

The case arose from an incident that occurred in Mecklenburg County in 2007. A man was stopped by police because of a traffic violation. Police discovered cocaine in the vehicle during the stop. The cocaine was sent to the crime lab to be tested, but the technician who performed the test was no longer employed with the lab when the case went to trial.  The defense argued that the technician who performed the test had to testify to the results in order for the evidence to be admissible. The case made it up to the North Carolina Supreme Court, who made the decision discussed above.

The North Carolina Supreme Court heard other cases that presented the same question. Basically the law in North Carolina as it stands now regarding testimony is that an analyst who did not perform the test may testify as to the results of the test so long as the expert forms his or her own opinion. In order for a substitute analyst to testify to the results the prosecution must lay the proper foundation for the testimony, that is that the prosecution must show that analyst formed an independent opinion and the test that was performed is reasonably relied upon by experts in that field.  A substitute analyst cannot just simply agree with what the previous analyst who ran the test concluded, he or she must have an independent opinion.

However, if the defendant in a case admits that the substance in question is in fact a controlled substance then it is not necessary to have a chemical analyst testify to the results of an analysis.  Additionally “machine-generated raw data” may be admissible at trial without having an expert testify. This generally includes data that is printed out by a computer during the testing process. Any opinion as to a conclusion based on the test would require an expert to testify and be qualified to testify to that opinion.

This issue has raised several debates throughout the legal community.

The legal issue requires a look at the Confrontation Clause of the Constitution which permits someone who is accused to confront their accuser. Some believe the decision is wrong because a defendant should be permitted to cross-examine the person who actually performed the test in order to determine if their opinion is credible.  Others believe that being able to cross-examine an expert who is familiar with the testing procedure and results of the test is sufficient. The United State Supreme Court has not yet weighed in on this issue, so the law may change in the future.

In North Carolina there has been several issues getting lab test results back in a timely manner because of the backlog at the state’s crime labs. Trials are being delayed and DWI cases are being delayed up to a year awaiting test results.  Part of the reason for the backlog is that lab analysts who perform the tests have to spend time in court, which delays the processing of new tests.  It is unlikely that this new decision will have much effect on this problem, as a technician will still be needed to testify to the results although it does not have to be the technician who actually performed the test.

If you or a loved one has been confronted with the aformentioned situation, contact the law offices of Robert J. Reeves, P.C. toll-free at 877-374-5999 for a private, confidential consultation to review your case.