What are the Phases of DWI Arrest | Charlotte DWI Attorney

Prior to making a DWI arrest, there are three separate phases of DWI arrest. And unless the officer completes the investigation properly, there may not be sufficient probable cause to arrest. For more information, see the NHTSA test manual. 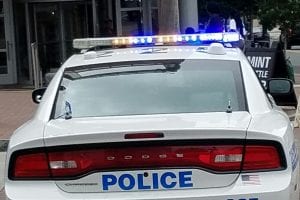 Phase One: Vehicle in Motion

During this first phase of a DWI investigation, officers are trained to detect vehicle maneuvers typically associated with DWI offenders. In addition, officers will take notes regarding the stopping of the vehicle. In other words, after the officer activates his blue lights, does the driver stop abruptly, slam on his brakes or does the driver pull over in a safe location.

During this next phase, the officer will recognize and take notes regarding clues of alcohol or drug impairment that will be seen during face to face contact. Also officers will observe how the driver exits the vehicle, whether they have trouble giving the officer his license and registration, and the odor of alcohol. Other clues officers look for are red-glassy eyes and slurred speech. If the officer notices any of these clues, they usually ask the driver to exit the vehicle to perform field sobriety tests.

This last phase includes roadside breathalyzer tests and field sobriety tests. Here, the officer administers “divided attention” or “psychophysical” tests. First, the officer asks the driver to submit a breath sample into an “alco-sensor.” While this portable breathalyzer gives a numerical reading, that reading is not admissible in court. Consequently, the officer can only testify that machine was “positive” or “negative” for alcohol.

While there are different types of roadside sobriety tests, there are only three recognized or “standardized” tests. In addition, these tests must be administered sequentially and progressively under the rules. Hence, they are done in the same order, and the officer only proceeds to the next test if the subject fails the previous one.

Here, the officer moves a stimulus back and forth to see whether there is an “involuntary jerking” of the eye. If present, this is an indicator of impairment. However, there are many forms of false nystagmus. As a result, this test is not conclusive. While police swear by this test, there are many factors that can cause a false positive.

This test requires the driver to walk nine steps, make a turn, and then walk nine steps back without stepping off line or using their arms to balance. In addition, the driver must count each step while they are walking. While it sounds easy, it is not, unless you do it regularly like police do. Even then, it can be difficult under the stress of being investigated for a crime.

As with the WAT, this test requires the driver to balance. However, this time it is on just one leg while counting to 30. Again, it sounds easy, but it is not. Not sure? Then try it at home for yourself. You’ll see.

After the field sobriety tests are completed, the officer will then administer a final portable breathalyzer test. Depending on test results, the officer then decides whether to release the driver or arrest for DWI. However, in most stops, an arrest is made. So as you can see from these phases of DWI arrest, once started, you will most probably face arrest. Consequently, your night out of the town turns into a night in jail.