Police on the Receiving End of a DUI

We may think of officers as “above the law”. However, that is not true. Police officers are supposed to follow the law just like any other person. In fact, they face even stricter penalties for breaking certain laws. Because of their job as enforcers of the law, police hold themselves to a high ethical standard. So, what happens if an officer receives a police DUI?

First and foremost, police officers should receive the same penalties as everyone else. As a result, the punishment usually depends on the circumstances surrounding the police DUI just like the rest of us. For example, was it a first offense? In addition, were others involved in an accident? However, no matter what, an officer will not face a different charge than any other person. That’s the way it’s supposed to be. No better. No worse.

Now, there is some controversy over “badging out” an arrest. Usually an officer under the influence knows the fellow officer and asks for special treatment. Other times, they may “bully” or shame the other officer to get out of it. For example, in 2015 an officer in Casper, WY gave special treatment to a fellow officer’s girlfriend. As a result, these are always nasty situations that can often lead to even more trouble. 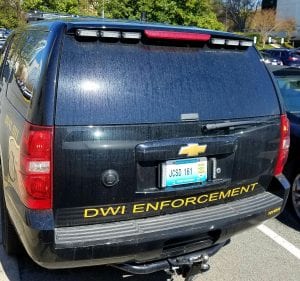 The most serious penalties arise when an officer is charged with a police DUI while on duty. Generally, drinking on duty is grounds to revoke an officer’s employment contract. Most of the time, officers resign when discovered that they drank and then drove on the job. After all, they set the example for the rest of us. Better to be safe than sorry. An ounce of prevention. Do as I say, not as I do. And so on.

On the other hand, an off-duty police DUI is more complicated. Often, a first offense usually won’t put an officer’s job in danger. Thus, if the offending officer accepts responsibility and follows up with rehabilitation, they can stay on the force. However, punishments differ from state to state. In the end, every situation is different and outcome depends on individual facts. But if convicted, judges tend to hold police officers to a higher standard. Consequently, they may order the maximum punishment as a form of deterrent to other officers. So follow the rules please. Onward and upward.