Police Search of a Vehicle 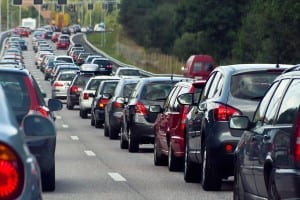 Generally anytime police perform a search they must have probable cause to do so.  In some cases police must have a warrant but exceptions do exist to the 4th amendment warrant requirement in which police may perform search so long as probable cause exists.  The search of a vehicle is an area of the law which police are given more leniencies to search because the reasonable expectation of privacy in a vehicle is considered to be less than other places, such as a home or the person.  In a limited situation police may search a vehicle with only reasonable suspicion, which is a less demanding standard than probable cause.   This is known as a “car frisk.”

Police are allowed to search the passenger compartment of a vehicle, which is limited to areas where a weapon may be placed or hidden, if the officer has reasonable suspicion to believe the suspect is dangerous and may gain immediate control of a weapon. Michigan v. Long, 463 U.S. 1032 (1983).   This was a Supreme Court decision was decided in the context of a Terry stop but the same concept applies to a routine traffic stop.  In North Carolina courts applying this standard consider all the factors that existed at the time of the traffic stop to determine if the officer had reasonable suspicion.  These factors include furtive movements of people in the vehicle, non-compliance with police instruction, belligerence, and a visual indication of weapons in a vehicle.

If police have reasonable suspicion to believe a weapon is in the vehicle and the driver may use it he may “frisk” the vehicle.  If an officer finds anything else during this basic “frisk” that may be incriminating it could be used against the driver as long as the officer was lawfully performing the search.   Just because an officer performed and believed he had a lawful reason to do so does not mean the search will be held as lawful in court.  A skilled attorney can review the circumstances of the stop and uncover problems with the search which may keep incriminating evidence from being used.

If you should find yourself in a situation where you have been charged with a DWI you need to contact an attorney who has the experience and knowledge necessary to handle your case with the care it deserves.  For a private, confidential consultation with one of our experienced DWI lawyers, please call 704-499-9000 or toll-free 877-374-5999 even on weekends or holidays.