Portable Breathalyzers | Can They Prevent a DUI Arrest?

Portable Breathalyzers – Do They Work? Will They Prevent You From Being Arrested for DUI? 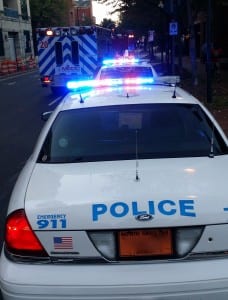 There is a current fad involving portable alcohol breath testers. They are widely available in stores and on the internet. Many people, in an attempt to be responsible, are buying them in droves. In a similar act of good will, many bars and restaurants are installing “breath testers” in their establishments for patrons to “test” their blood alcohol, for a small charge. Of course, I am reminded of other such novelties used in the past, including “mood testers” and video arcade games. The common denominator is entertainment value and really nothing else. Just as “mood testers” did not truly reflect whether someone was happy or sad, portable breathalyzers will not accurately show whether someone is safe to drive home or to prevent them from being arrested for DUI.

Given the present fascination with such devices, there was a recent study trying to determine just how accurate these systems are. Several different models were subjected to scrutiny. So far, the BACtrack S80 device was deemed to be the most reliable testing device on the market. Nevertheless, the study also concluded any reading was only applicable for the moment the breath sample was given. It was not deemed worthy of determining if the person was safe to get behind the wheel and drive. The simple truth here is that all that any breathalyzer can do is “estimate” an amount of alcohol in your bloodstream, based on the amount of ethanol detected in exhaled air. However, “blood alcohol concentration” (BAC) is only one factor and not a true indicator of the more complex determination of intoxication. Every individual is different. Depending on other factors including age, sex, weight, alcohol tolerance and other medical factors, each person is affected by alcohol uniquely. And let’s not forget that BAC continues to rise after you stop drinking as the alcohol is absorbed into the bloodstream, thereby making any reading inaccurate after a short period of time.  You could take a shot, and a short time later your BAC may be very low.  If you take a breath sample every few minutes, you will see that the BAC will rise, and then gradually fall. The breath sample is only valid, if valid at all, for the snapshot in time when the sample is taken. These devices are fun for correlating your BAC in relation to how you are “feeling” after drinking, but should not be used for more serious inquiry about safe driving.

Here is a simple rule that will ALWAYS prevent anyone from getting a Charlotte DUI. Guaranteed. No exceptions or disclaimers. If you have a drink, do not drive. And, no matter how well you “handle your liquor,” you still should not drive after consuming any alcohol. I appreciate how extreme such a position sounds, but it is based on my experience as a DUI defense attorney. Here in Charlotte, and in every other city where I defend DWI cases, there is a common pattern to a DUI arrest. The initial police stop may or may not start with a suspicion of drunk driving. Certainly, if you are out on the road after midnight, and especially on the weekends, there is an understandable presumption that the driver has been drinking. But not always. Some stops are for expired tags or perhaps a taillight is not working. The driving looks fine. Nevertheless, as soon as the officer smells alcohol, the situation immediately changes, and a DWI investigation begins. A BAC level back at the bar, or one that is taken with your new portable gadget will not save you now. (And by the way, there is no way to determine how much alcohol a person has consumed by the smell on their breath. Almost any alcohol (beer, wine, liquor) smells quantitatively the same and will result in the trite description by the officer of “strong odor of alcohol on or about the person.”)

Once the DUI investigation starts, the arrest portion of the process is essentially over, but the conviction analysis of your criminal defense is just starting. Here’s what I mean. No matter what course you take on the field sobriety tests, you should plan on being arrested and spending the night in jail. When asked to get out of the car and perform field sobriety tests, you can try but will probably fail and be arrested. And, of course, if you decline, even politely, you will be handcuffed and taken to the police station. You get the idea. It reminds me of the games every fall at the county fair. The person showing me how to play has practiced countless times and naturally gets to the point where they make it look easy even though it is not. So, like every other schmuck trying to win a stuffed animal, I try my best to “win.” I give my best shot. I may even try several times. But only sheer luck will prevail here. Most DUI clients report that they “passed” field sobriety testing. They describe how they “followed the pen” flawlessly. Of course, the officer is not testing your ability to follow a stimulus. Rather, they are looking for an “involuntary jerking” of the eyes (nystagmus). The next test is the “walk and turn,” and is by far the most complex to perform. There are approximately fourteen (14) different instructions to remember on the side of the road with blue lights and passing cars as distractions. And, trying to remember all of these “rules” while walking in a way our bodies are not designed is just pure folly. Normal physiology requires an approximate six (6) inch gap between our feet as we ambulate, and we use our arms to counter balance and maintain control while walking. And finally, the one leg stand is again just not what we do on any regular basis, and being instructed to keep our hands at our sides just further handicaps the process. At trial, we will highlight just how misleading and somewhat silly these tests are to a jury. We will also determine whether the officer administered these tests as mandated by the National Highway Transportation Safety Administration (NHTSA) where these tests were developed.

Almost every portable breathalyzer available comes with instructions to wait “at least” 20 minutes after your last drink before using the hardware to test for BAC. However, 20 minutes is not long enough physiologically. The highest BAC level generally occurs somewhere between 30 to 90 minutes after an individual stops drinking. This is the time alcohol takes to be fully absorbed into the bloodstream. Persons who drink without food absorb alcohol the fastest and feel its effects the most strongly. That’s why those who eat a full meal or consume food (especially starch) while drinking report being able to drink more and longer than usual before feeling the effects. Their BAC will continue to rise even after they stop drinking until it peaks depending on type and quantity of alcohol ingested. So you can see how “testing” your BAC after 20 minutes will render an useless result for determining intoxication. And also keep in mind that there will usually be another time delay between being stopped by police, field sobriety testing, arrest, transport to police station, and ultimately BAC testing. During that gap, your BAC level can continue to rise while you are waiting to be tested. This is also a DUI defense commonly used to show that the BAC reading offered is not a true reflection of blood alcohol when actually on the road. This strategy works with lower reported BAC levels of 0.08-0.10% depending on the amount of time between police stop and testing.

If the above information is not enough to convince you that portable breathalyzers are only a novelty, then maybe the disclaimers and warnings on how not to use them will be. Even the manufacturers themselves recognize the inherent limitations of their product and post “precautions” on the box and device, such as:

Clearly, this latest craze will pass over time when people realize the lack of any value other than personal curiosity or entertainment. Maybe bars can have contests for the highest BAC without appearing drunk or some other game. However, levity aside, the ONLY way to really avoid getting a Charlotte DUI is to let someone else drive home when you are out on the town. That’s all anyone wants here. Be safe. Get home.