While not surprising, a recent study showed Charlotte, North Carolina, as one of the top DUI cities in the country. And since then, we have grown significantly. So how are things now? 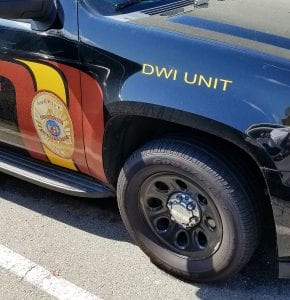 Just a few years ago, Insurance.com published a study showing the top DUI cities in the country. While not surprising, it is unfortunate that Charlotte was in the top 10. Because we are a major metropolitan city, we have all the good and bad things that come it. However, #3 in the country is pretty bad. Consequently, you would expect higher numbers of DWI cases. Rather, Mecklenburg DWI arrests are actually down here over the past few years.

Maybe people are drinking and driving less or more are taking Uber? Perhaps, but not likely, especially with the tremendous growth over the past few years. Usually more people and bars mean more DUI arrests. So where is the gap?

Because Charlotte is a large city, you would expect a significant DWI Task Force. However, there are only a few officers who have received specialized training. Consequently, they cannot be everywhere. As a result, regular officers are not able to get the assistance they need in suspected DWI stops. Hence, DUI arrests are down, and the word is getting out. While out at dinner or in bars, you see more people drinking more alcohol. And then, they go get in their cars and head out on the road. Unfortunately, bad things are going to happen if the police don’t get more support. So what is the answer? More DWI checkpoints.

While we defend DWI cases, no one wants truly impaired drivers on the road. As a result of our experience, we know the problem is not getting better. Rather, Charlotte needs more DUI enforcement now before it’s too late. In addition to arresting truly drunk drivers, the public will know the police are doing everything they can to keep them safe. And that is a win win for everybody.