So maybe you have had a couple drinks with friends. While you don’t feel intoxicated when you start driving, what should I say if stopped by police? 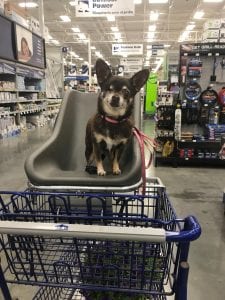 What Should I Say to Police if Stopped

Because the officer smells alcohol, they ask if you have been drinking. While you may not want to admit to drinking, it is best to be honest. So if you have been drinking, just say yes, but do not give further details. Surprisingly, few officers ask for more information about how much or what type. Consequently, the best answer is that you had a couple drinks sometime earlier in the day. In addition, the officer will give you a portable breath test at the street to confirm alcohol. Subsequently, the officer will next ask for field sobriety testing. At that point, you should respectfully decline any further requests. Even though you may not be cooperating, it is better to stop giving the State more potential evidence against you.

Should You Give a Breath Sample

Once you start declining requests, you are arrested. However, the police now have less evidence to convict you. So far, so good. But what should you do when asked to give a breath sample? After all, the officer just said you had the right to refuse. But if you do refuse, you will not be able to legally drive for up to one year. In addition, you have to wait six months for a limited driving privilege. And finally, the prosecutor will argue in court that you refused breath testing because you knew you would fail. While it may appear you have the right to refuse, the consequences of actually doing so are quite severe. Rather an odd paradox but this is the current North Carolina DWI law.

For a private, confidential consultation with one of our experienced DWI lawyers, please call 704-351-7979, even after hours or on weekends.