While anyone arrested wants the best possible outcome, winning DUI cases can be tough. After all, with public bill boards and groups like MADD, most believe DUI is an epidemic. Although serious, there is the usual money behind the scenes aspect that no one wants to talk about. Rather than report DUI crashes are decreasing, most focus on lowering BAC levels and increasing DUI arrests. So how can you win in such a toxic environment?

While you shouldn’t have to say it, we will say it anyway. Because we all know the dangers, NO ONE wants truly drunk drivers on the road. Duh. However, an entire industry now devotes itself to the reviled drunk driver. For example, substance abuse assessments and ignition interlock companies depend on DUI arrests for their very survival. Consequently, if people actually stopped drinking and driving, these companies and others would be out of business. Once you consider this aspect, some of the good intentions start to fade.

Because every case is different, little things can make a big difference in outcome. In addition to the BAC, an experienced DUI attorney must look at all facts. However, you must get the jury to care about your client. Even though no one likes a drunk driver, you need the jury to at least sympathize with your client. So how do you do that? 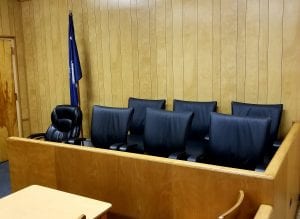 Without a doubt, one of the best legal scholars is non-lawyer David Ball. While his research is more complex, the simplified view is that people care most about themselves and their own interests. As a result, the goal in winning DUI cases is to get them to identify with your client. Because they might one day be in the same situation, show how easy it is to get into trouble. For example, drinking responsibly is no longer enough. Rather, any scent of alcohol after a police stop will start a DWI investigation and ultimately arrest. Even if the police stop if for something else, it turns into a DWI stop once the police smell alcohol. So how do we know that’s true? Because police arrest and prosecute BAC readings even below the “legal limit” of 0.08.

In addition to creating reasonable doubt about the case, also show the jury how the system works against anyone charged. But know this approach only has a chance in first time, low BAC cases with no accident. Rather, if there is an accident, nothing works. After all, drunk driving accidents are why DUI laws are so harsh for the rest of us. So do you best to be safe but call us if you find yourself in trouble.