While facing a DUI charge, many ask if going to Alcoholics Anonymous meetings will help their case? Rather than discourage them, we tell them AA never hurts their case and might even help them.

So should you go to Alcoholics Anonymous meetings?

Because DUI is serious, many folks suddenly want to start going to AA meetings. Whether they need it or not, they think judges will think better of them. Ironically, those who say they don’t need help usually do. And those that don’t need counseling will go anyway. Either way, we are huge fans and supporters of Alcoholics Anonymous. While some people are born with alcohol issues, everyone can learn from the experiences of others. As a result of being around those with real problems, hopefully others can avoid them. Consequently, some Mecklenburg County judges will order weekly AA meetings as part of their sentence. After all, even if you don’t have a problem now, a little help never hurts. 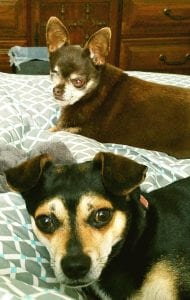 What to expect at an AA meeting?

Rather than judge you, people who go to AA meetings are very friendly and welcoming. Because they know what you go through, they can identify and talk on the same level. Furthermore, everyone is there to help support each other. While some folks come and go, many become lifelong friends who watch out for any signs of trouble. As a result of real caring, many AA members are able to fight and win their battle against alcohol. In addition to meeting new friends, it is also a chance to spend time in a good, safe, healthy place. Otherwise, bad friends and old habits might get you back into trouble. And that’s where meeting up with new friends at AA can help. After all, that’s the whole point of AA. Better to be safe now than sorry later.