Because we work hard during the week, we go out and play on weekends. After all, it is time to head out and let off some pressure. And Charlotte is a great city with lots of great restaurants, bars, and night clubs. In addition, Charlotte also has major sports and concert events. However, there is also alcohol available everywhere. Fortunately, there are also lots of choices to avoid DUI arrest when you get ready to go home. 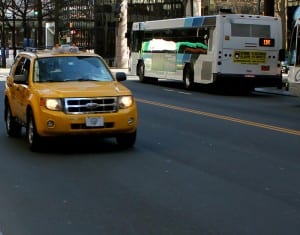 While no one wants to be the “designated driver,” it is a good practice. After all, what fun watching others having a good time while you have to drink seltzer water. Also, many “designated drivers” give into temptation and have a drink or two themselves. As a result, this strategy can fail. However, there are still other options. For example, you can call a cab, or now, Uber. In addition, you can take a bus to many parts of the city and outlying areas. And finally, we now have light rail in the city. Because it is so important, we even suggest you consider getting a hotel room for the night. No matter what it costs you to stay, it is still less expensive to avoid DUI arrest.

Over the years, we have represented people from all walks of life arrested and charged with DWI. While they tried to avoid DUI arrest by drinking responsibly, it was not enough. Rather, you don’t have to be “falling down drunk” to be charged with DWI. For example, most of our clients are not truly impaired but still spend the night in jail. Even our clients who submit to breath testing and “blow” below the 0.08% level are booked and later prosecuted. Rather, the 0.08% is only a “legal presumption” of impairment. However, even persons who “blow” less than 0.08% are still arrested.  That’s right. If the State can show “appreciable impairment, they still win even if you blow below the “magic” number. 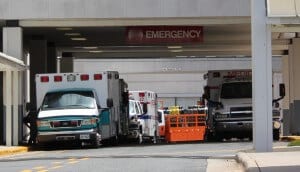 So why would a DWI lawyer want to help people avoid DUI arrest? Because we all drive on the same roads. And no one wants to see anyone get seriously injured or killed. Our clients are good, hard working individuals who would never drive if unsafe. In addition, they have jobs and families and would never risk a permanent DWI criminal conviction on their record. As a result, Charlotte DWI lawyer Robert J. Reeves pledges his best and fights for his clients.

So after release from jail, first get some rest and then start your search for a DWI attorney. While your friends and coworkers may “know” someone, don’t stop there. Instead, we encourage you do your own research and compare credentials. Because this decision is so important, we even suggest you meet with several DWI attorneys. After all, you need the “best DUI attorney” for your case. In the end, hire the lawyer who gives you the most confidence and also puts you at ease. In addition, look for DWI lawyers who focus on DUI cases.

For more information about our firm, contact Mr. Reeves directly at 704-351-7979. Rather than worry, reach out to us for answers and options. After that, we meet in person for a more thorough review of your case. Then, you decide whether you want to hire us. We make it simple and easy. So call now and let’s start your defense.