While friends and families like to party during the holidays, have fun but be safe. After all, no one wants to get a holiday party DUI on the way home.

So How to Avoid a Holiday Party DUI 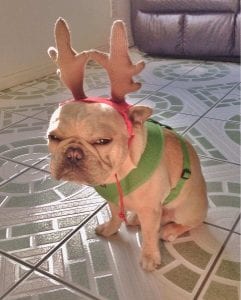 Because people love to party during Christmas and at New Years, the police are also out there in force. As a result, more DUI arrests happen as well. So what can you do to stay safe? While office parties used to be standard, many companies have stopped due to liability concerns. In addition, as we all remember, many folks got out of hand and did things they regretted the next day. Consequently, those businesses that still have a party are limiting drinking or eliminating it altogether. However, friends and neighbors still have legendary parties thinking they are alright because people can just walk home. Let’s hope they are right.

Even though it’s in your home, bad things can still happen if someone leaves drunk and has an accident. For example, an injured person may sue you for continuing to give drinks to a drunk partier. In addition, there could be a property damage claim if your guest only runs into other cars. And finally, don’t forget the real chance of a holiday party DUI even with private golf carts in neighborhoods. Rather than take any chances, why not call a cab, Uber, or just walk home, even if it is cold? Better safe now than sorry later.

While some folks love to party at the holidays, they pay for it dearly the next day. Because hangovers and embarrassing stories can result, do something different this year. For example, drink in moderation or try soda water with a lime instead. In addition to feeling fine in the morning, have fun watching others who have had too much to drink. Oftentimes, it is amazing what you can learn about a coworker or neighbor when their guard is down. And don’t forget to take pictures for use later. But most of all, get back home safe and sound to what really matters. From your friends at Robert J. Reeves P.C.