While we love to see our favorite bands, beware of a rock concert DUI arrest after the show. 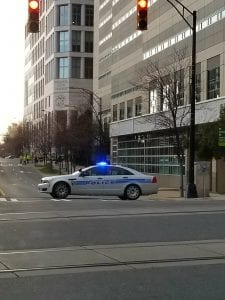 While growing up in the 70s, rock concerts were awesome, but sadly, I could not afford the “good” seats. However, being farther back was still ok as the music was loud and everyone was having fun. And, of course, there was plenty of drinking and drugs, if you wanted them. Although some things never change, police tactics and DUI enforcement have. So now, we still get great music, alcohol, and drugs, plus checkpoints and undercover officers.

Now that I’m older (so much older), I still love to go see my favorite bands. And these days, I can afford the better seats. However, you don’t see the drugs like you did back then. Hence, there is no longer the clouds of marijuana smoke or the “stoned” look on faces. Rather, people still dance and have fun, and the bands actually sound better. So who would have guessed it? But beware of rock concert DUI stops after the show.

While Charlotte allows those huge beer sales upfront, they then set up checkpoints on the backend. Almost feels like they are “double dipping” here. Although we understand not wanting truly drunk drivers on the road, why can’t you get just a regular beer? Seems like they want to set you up for failure. After all, a couple of Miller Lites can make the evening, and you should be fine to drive home. In addition to over the top pricing, it is also much harder to “pace yourself” before heading home. Furthermore, there are just not enough Uber rides available for a packed concert. So what’s an aging rocker supposed to do? Rather than fight it, I guess we all have to grow up at some point in our lives. Party on, Garth.