While DWI arrests are all the rage now, many predict times will change. Because of Uber and other options, the next generation DUI may become a thing of the past. So will DUI arrests go away in the future? Maybe, but only time will tell.

So What About the Next Generation DUI? 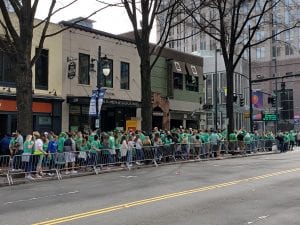 While older generations always worry about the younger next generation, there seems to be at least one positive trend. As a result of better education about the dangers, drinking and driving arrests are going down. However, the exact reason is subject to debate. For example, some say younger folks just don’t drink as much as we did in the past. Rather than a cold beer or liquor shot, many today prefer not to drink at all. On the other hand, fraternity parties and bars are still around and booming. In addition, Charlotte has a police morale problem and is under staffed on its DWI Task Force. So are young people more socially responsible or is this just a brief pause in DWI arrests?

Because statistics show a decrease in DUI arrests, many hope this is lasting good news. However, people still love to go to bars and drink. So maybe it’s because in downtown Charlotte and other urban areas, party goers can call Uber. But just outside of major cities, folks still have to rely on themselves or friends to get home. And that’s when they risk their safety and the safety of everyone else on the road.

So What About Drug Related DUI Arrests

Because America has a serious opioid and marijuana problem, we are now seeing more drug related DUI arrests. While there are protocols for alcohol based impairment, drug impairment is relatively new. As a result, many of the tools used in DUI do not apply. For example, field sobriety tests are based on alcohol research. Consequently, until validated for drug based impairment, any results may not be reliable. In addition, unlike the 0.08 legal limit for alcohol, there is no such level for marijuana or other drugs. Rather, blood or urine tests only show the presence of drugs, not when consumed or impairment.

While we all share the same goal of safe drivers, recent trends don’t tell the whole story. So even though arrests are down now, it doesn’t look like next generation DUI cases are going away anytime soon. Rather, it appears only autonomous cars will ultimately save us from ourselves.